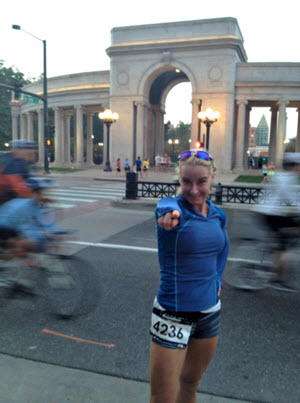 Apologies that this section is a little thin… The sum of my time in Denver was work and run-related. But I will offer up a few factoids and do my usual Good, Bad and Ugly.

*Factoid #2: The first permanent structure in Denver was a saloon.

*Factoid #3: Despite being warned by Indians not to build Denver in its location, settlers didn’t listen. In the first few years, Denver was destroyed twice, once by flood and once by fire. Interestingly, like most other cities, Denver was not built on a road, railroad, lake, navigable river or body of water. But it is where the first few flakes of gold were found (1858)!

The Good: I ran marathon #51 and finished as well as I could.

The Bad/Ugly: I felt awful doing it. The elevation triggered my asthma/EIB, and all though it is well controlled, the marathon was pretty painful.

Although Detroit still struggles, it is a town full of vibrant and friendly locals. If you go, the Motown Museum is a must! 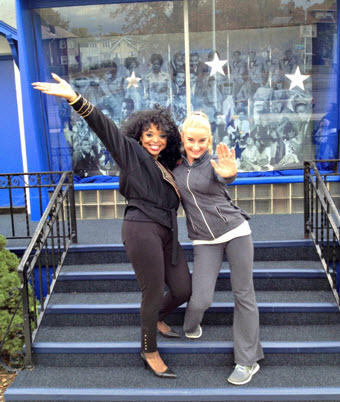 While there, I had some fun media opportunities (TV, radio and newspaper) to talk about running with asthma and EIB (exercise induced broncospasm). Basically, every time I step out the door to run, my airways constrict. But with the help of my asthma doctor and with the correct medication, I am able to lace up my shoes and stay out there!

Marathon: Running with my passport just in case, We (thousands of marathon friends and I) crossed over the Ambassador Bridge into Windsor, Ontario. Just as we reached the crest of the bridge into Canada, the sun rose up over Detroit, illuminating downtown and making the Detroit River sparkle. Truly breathtaking.

Factoid #2: Ginger Ale was invented in 1862 by a local pharmacist.

Just a few days after Thanksgiving, I traveled to Seattle to run a beautiful course with rolling hills and spectacular views of downtown Seattle and Lake Washington. During the marathon, we crossed the Lake Washington floating bridge (I-90) and looped around scenic Seward Park. 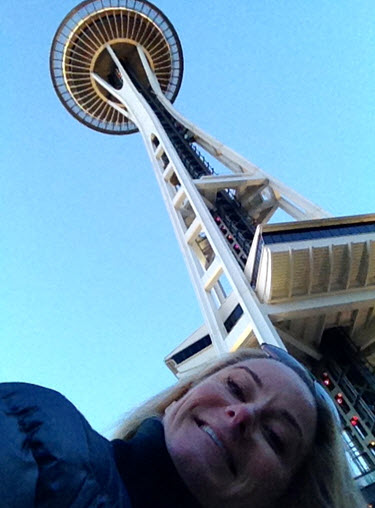 Factoid #1: Seattleites buy more sunglasses per capita than any other city in the nation.

Factoid #2: Seattle was the first city in the US to play a Beatles song on the radio.

Keeping up with my marathon-a-month commitment (don’t want you all to think I’m a slacker!), I headed down south to rerun Florida. I first ran Florida in January of 2010 (Goofy challenge: 1/2 marathon on Saturday, full marathon on Sunday and if you complete both, you get 3 medals), but went back again because there wasn’t a marathon in the month of December in a state which I hadn’t already run! 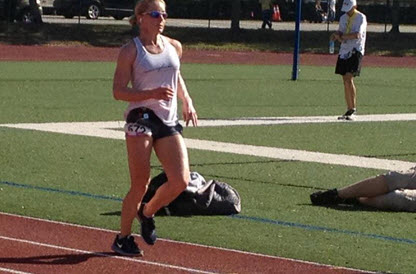 It was hot and humid but I felt strong and finished well (though the above photo suggests otherwise). Plus, I got to visit a long-lost high school friend whom I hadn’t seen in 26 years!

Factoid #1: Elvis Presley’s first indoor concert was at the Florida Theatre Downtown in 1957.

Factoid #2: Jacksonville has an area of 885 square miles, making it almost double the size of Los Angeles. 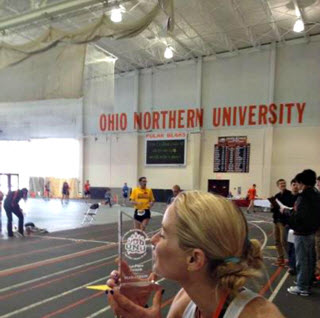 It wasn’t as bad as you might think… a constant fifty-five degrees, no sun, water and a port-o-let every two hundred yards. And, for entertainment, music and a large screen with rotating trivia.

Q. Guess what the maker of petroleum jelly did every morning?
A. He ate a tablespoon for his good health!

I wouldn’t want anyone out there to think I’m a slacker and not serious about this one-marathon-a-month business, so I went back to Florida to run it for a third time. (There’s no marathon in the month of February in a state I hadn’t already run.) Why Florida? it’s easy to find a race there in the winter, it’s sunny and beautiful, an easy flight from DCA, plus I got to see some friends. 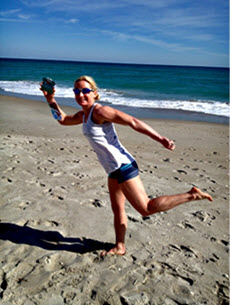 Here are some fun facts about Melbourne, FL:

Factoid #1: Originally, Melbourne was a training area for soldiers during the Civil War.

Factoid #2: After the Civil War, pioneer families arrived and land sold for 5 cents per acre!

Factoid #3: The city was named after the first postmaster’s home city of Melbourne, Australia.

Completing a marathon, for sure, is demanding and exhausting, but my pain is little compared to what the Bataan Death March survivors endured in 1942 when Filipino and American prisoners of war were forced to march 80 miles across the Philippines by Japanese forces. U.S. Congressional Representative Dana Rohrabacher described the horrors and brutality that the prisoners experienced on the march. (U.S. Congressional Representative Rohrabacher, “Paying Homage to a Special Group of Veterans, Survivors of Bataan and Corregidor”, Congressional Record – House, V. 147, Pt. 9, June 26, 2001, p. 11980-11985, at p. 11981)

Here I am with a survivor. Truly incredible! If the difficulty of this marathon, with its mountainous desert terrain and LOTS of sand (not to mention a steep six-mile climb), didn’t bring me to tears, then shaking the hands of 5 brave survivors seated at the finish line did! 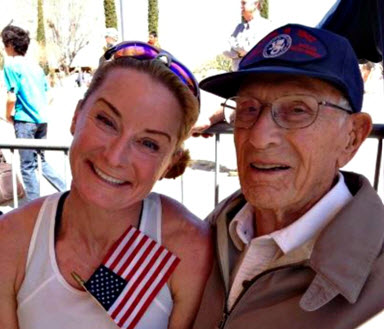 I chose to run in Ghana to visit our AFS student who lived with us for a year back in 2007/8 and attended TC Williams High School.  I almost missed the race because I didn’t realize we needed a visa to get into the country — the Ghanaian Embassy in DC saved the day and issued us an overnight visa.

We found Ghana to be a welcoming country with delicious food. There was a mix of asphalt and dirt roads and it was easy to see signs of past Colonialism in the official buildings and university architecture.

It was a difficult race with high heat and humidity — maybe 100 runners total in 3 races, a 5k, 1/2 marathon and full marathon. The reaction of locals to all the foreign runners was surprise and “what are they running for?” — it was a “normal” Sunday for them — going about normal activities as we were running through the pedestrian and car-clogged streets.

These pictures were taken during the race: 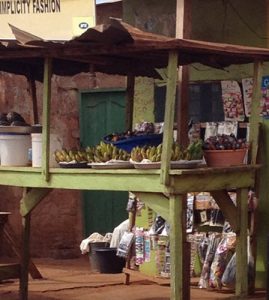 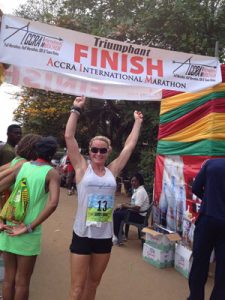 Treadmill Marathon due to a canceled race (ice and snow on the roadways). I’d advise against doing 26.2 on a treadmill – true UGLY.

In sleet and freezing rain

*Brooke pays for all of her own travel costs and related fees. She runs (24,000 miles and counting…) with asthma and exercise-induced asthma.